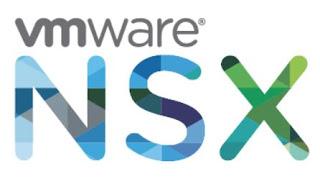 As we all know that NSX is one of the retro product of VMware into the network and security. It run on any device, any cloud and and any application.


At present one can run and its connectivity on most of the public cloud like Alibaba, IBM Cloud, AWS or Azure.


Lets talk about the all rounder of NSX which is NSX Transformer (NSX-T) which can make communication with various hypervisor like ESXi, KVM, Containers, Openstack and many more.


There are 3 main elements of NSX -T Data Center which are:


In NSX-T Datacenter ver 2.4 Management and Control Plane are converged means the are now available on single VM or you can say in one OVF.


It is designed with advance clustering technology, which allow the platform to process large scale concurrent API request. NSX manager of NSX-T DC provides REST API and web based UI interface entry point for all the user configuration.

The Data plane includes a group of ESXi or KVM host including NSX Edge nodes. The group of server and edge node prepared for NSX-T are called Transport node.


The Transport node are responsible for distributing and forwarding of network traffic. In NSX-T vCenter is not basic requirement where distributed virtual switch are created.


In NSX-T its having its own switch (N-VDS) which is NSX-managed virtual distributed switch decoupled the data plane from the compute manager (vCenter).

Unable to poweron the VM. (Failed to lock the file)

August 27, 2017
I have encountered may issues like where after some upgrade or migration we were unable to power on the VM. Figure 1 An error was received from the ESX host while powering on VM HSSVSQL01. Failed to start the virtual machine. Cannot open the disk '/vmfs/volumes/578d835c-18b2c97a-9b0d-0025b5f13920/SAMPLE1_cloud/000000.vmdk' or one of the snapshot disks it depends on. Failed to lock the file In above Figure:1, where while powering on the VM, its prompt for an error. Well, there are several reason for where the VM unable to poweron and you can find many article on this. Here in this article we will discuss to resolve this issue. Please use below step to resolve the disk lock issue  C hecked that VM is running on snapshot if its getting error " VM Consolidation required". Checked the snapshot manager if its showing any snapshot. If yes, try to delete the  snapshot. Verified the same from Esxi cl
Read more